In September 2009, Episode One of a new 45-minute ‘Doctor Who’ web series entitled The Ten Doctors was released to the public via YouTube. 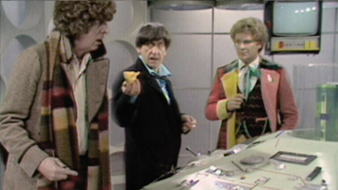 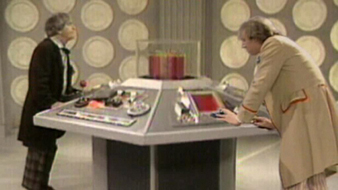 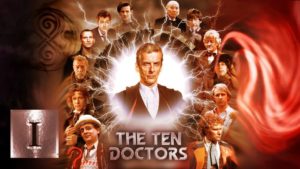 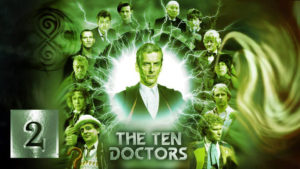 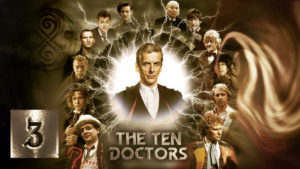 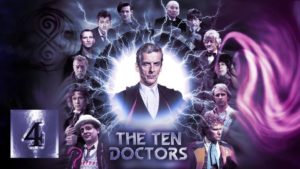 The Ten Doctors package - comprising 4 x episodes, trailers and a Making Of video - has achieved a million views.

Episode One was recommended in SFX Magazine March 2010.

Episode Three was premiered at the Armada Con 23 Doctor Who Convention before its public upload.

The web series has been featured on TV Tropes here, nominated as "one of the 8 Most Amazing Fan Videos on YouTube" by Digital Spy here, reviewed in June 2016 by Data Extract issue 231 (the official publication of the Doctor Who Fan Club of Australia) and reviewed in 2010 by the on-line magazine Theta Morbius Times issue 1.  It is listed on IMDb here.

There was a long gap between the completion of Episode Three and the concluding instalment because Stuart Humphryes had been contracted to re-colourise episode one of The Mind of Evil for DVD release by BBC Worldwide. This project had begun in 2009 with the production of colourised test material and was delivered in February 2013. During this period re-colourising The Mind of Evil the continuation of the quadrilogy remained in limbo.

In March 2013, a fortnight after The Mind of Evil's première at the British Film Institute, Episode One of The Ten Doctors was removed from YouTube due to a copyright strike for its use of archival footage. At the time of deletion the episode had passed a quarter of a million views. This event delayed work on the concluding episode even further. The opening instalment was later re-uploaded in 2014 and work then began on the completion of Episode Four..

The final episode was uploaded in September 2015, exactly 6 years after the first episode's premiere. It ties up many loose threads from the series, including contentious plot points such as the Doctor's ambiguous age from The Silurians and The Mind of Evil,  his encounter with the Medusoids mentioned in Frontier In Space and the implication that earlier unknown incarnations of the Doctor may have existed in The Brain of Morbius. 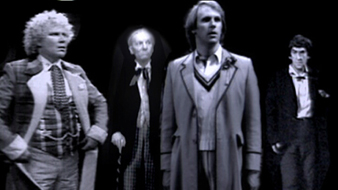 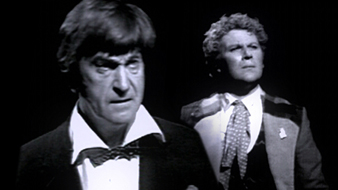 You may freely download these pdf script files which transcribe the original 4-part serial.

Give the Gift of Babelcolour
MENU